What Makes Us Who We Are

Here is a great story from Greg Adkins' blog EmergingMinister.com. It's so good, I'm reposting the whole thing. Let me know your thoughts... 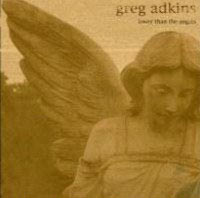 Isn't it amazing the small moments in life that make us who we are? For almost all of us, if we think back through our history, we could identify one small moment... one chance encounter... one accident... one sermon... one coincidence... one something that changed our whole direction. I was thinking back on all the things that have led me to where I am now and realized that it would probably all be totally different if not for that one day when my friend Mark Nelson's son got sick.

I was a freshman in college and Mark had asked me to come help him lead worship at a week of camp in North Carolina. Back in the day, Mark was asked to lead worship all over the place and I almost always went with him and played the keyboards. Sometimes it was just me and him and sometimes we had a band. At this week if I remember correctly, we had Scott Bradford on drums, and a couple of other people I can't remember on guitar and bass... this was in 1994 so forgive me if my memory is a little hazy on some of this.

Anyway, at this point in my life, I didn't sing really... I mean, I had been in choir but I didn't ever sing alone. No solos, no worship leading, no nothing. I was terrified of the thought really. I was surrounded in high school with people who had amazing solo voices (Justin, Mendi, Casey, etc...) and I knew my voice wasn't in the same league as theirs, so I was more than happy to just hang out behind my keyboard. Paul Schaeffer was my hero.

On Thursday night that week of camp, we started our worship set about the way we usually did and all was well. Mark was rocking us all out on a little number called "Praise Him Raise Him" and probably got crazy with a little "King Jesus is All" too... I can't remember what songs we really sang, but in my memory, Mark is perpetually leading those two songs. As we moved through our faster more upbeat songs and got ready to sing some quieter things I remember seeing Mark's wife Monica walking down the isle towards the stage. She looked concerned. Very concerned. We had just started the intro to the song "Beautiful Scandalous Night" (I do remember that song for sure...) and Monica stepped onto the stage and whispered something into Mark's ear. I remember looking at him as she whispered and his eyes got wide and a look of concern grew on his face. I was not ready for what happened next.

Mark picked up his microphone stand, calmly walked over to me and set it in front of my face. He leaned in to me and whispered only one word: "Lead!". He then jumped off the stage and ran out the back of the room. Everyone's eyes followed him running out the back of that old wooden gym. And then slowly... their eyes... turned back to the front... and looked at me. I'm not sure what I thought at that moment, but my guess is "Oh crap!".

I honestly don't really remember what happened next... I know I sang "Beautiful Scandalous Night". I'm sure we sang 2 or 3 more and I'm sure I was terrified. It must not have been too bad though because afterwards I can remember a few people telling me I had done a good job under such strange circumstances. Turns out Mark's son Michael (who was probably 4 or 5 at the time) had gotten really sick... sick enough to need to go to a doctor. I don't remember what was wrong, but I know he was okay and back at camp later that night.

After I got home, I heard that my home church was needing someone to lead worship on Sunday nights for the youth group. I called the youth minister and told him that I would be willing to do it. I'm certain that I never would have done that without the confidence I had gained from leading in North Carolina. For the next couple of years, I led every Sunday night there in the senior high room at Farragut Christian Church. I made friendships with musicians then that last to this day... guys like Danny Rosenbalm, Scott Bradford, Jason Blankenship, Corbitt Reeves, Jeph Hurst... they were good times.

It's strange the things that make us who we are... I never would have asked for a little boy to get sick, but who knows where I would be if he hadn't? It's hard for me to imagine my life if that one event had never happened... would I have spent 9 years as a worship pastor? Would I be a songwriter? My wife first noticed me when I was leading worship (I know... checking out the worship leader...) and on and on it goes. I could have been a completely different person.