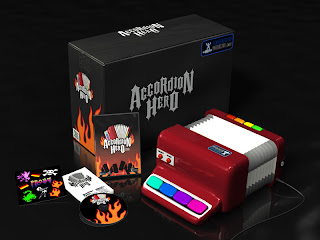 Perhaps you've heard of Guitar Hero and Guitar Hero II. It's a PlayStation 2 and XBox video game that comes with a "guitar" controller. Basically, you press the fret buttons and strum a toggle switch. If you hit the right buttons and do it on beat to the songs, you'll rack up the points. Pretty cool. 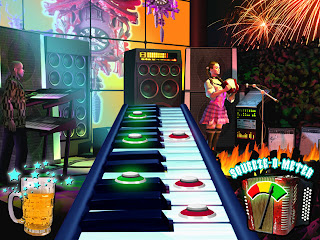 What could be cooler? Accordian Hero, of course. I thought this was a joke at first, but it is not. Both the accordian "controller" and the game was apparently created by some German guy who really wanted to rock out with his accordian and his PS2 (check out the screen shot to the right). M.C. Hammer's Can't Touch This and the traditional In Heaven There Is No Beer are just a couple of tracks you can rock out to.

Accordian Hero - How did we ever live without it?
Posted by Eric at 9:17 PM