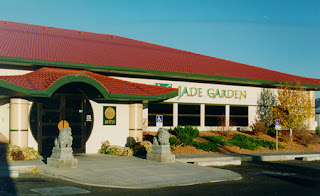 If my week at church was busy, my Friday day off was no different. But it was fun! Andrea and I hit several garage sales today. Got a remote control AC outlet and Andrea bought a beautiful ceiling fan for $8. Also a few other things.

Andrea and I kept our usual Friday lunch date at Jade Garden. It's our favorite restaurant here in Helena. When just us two go, we share a sweet & sour chicken meal and keep the cost to about $15. 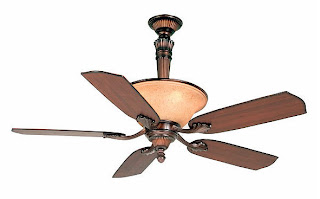 The ceiling fan was missing a couple parts so we got them at Lowes for about $7 more. That's about $15 for a $100 wireless Hampton Bay ceiling fan. Right on!

Since the last quarter at school has started, Andrik has been struggling in English class. He missed a couple of assignments and got a poor grade on a spelling test. His grade has been a D+ in the class! I hated to do it, but we restricted privileges until he is able to bring it up to a B. So after we picked the kids up from school, our weekly email came from his teacher. I told him he wouldn't be able to bring up up in one week. Guess what? I was wrong! He now has a B+ (87%).

We all went to the cinema and saw the Nicolas Cage movie Next. It was pretty good, but I don't like this trend of not ending movies. Pirates of the Caribbean 2, Eragon, and Next really don't have what I feel are satisfying endings. They all just leave you hanging. All in all though, I enjoyed Next.

When we got home, Kellin and I were playing catch in the front yard and we decided to let the dog out. We've been trying to teach Shadow to stay around and not run off when he's off the leash. The minute we let him out, he bolted at full speed. He usually comes back pretty quick so we waited. He didn't come back. We ended up having to chase him all around the neighborhood for about 2 hours. we were exhausted and I can't tell you how mad we were at the dog!

After the dog incident, I encouraged Kellin to try to ride his bike again. Kellin still can't ride his bike without training wheels. We took them off about 6 months ago, he's fallen a few times, and now he's afraid to ride. Well, after some encouragement, I got him on his bike and gave hims some pointers. Picture Kellin with knee pad, elbow pads, a helmet, and then me following him as fast as I can to keep him from falling. Anyway, went up the street and then back. He seemed to get the hang of it and by the end of the day - He's riding his bike now! I then fixed the bike Andrea bought at a yard sale a while ago (the chain came off). I adjusted for me and then Kellin and I took a ride until dark. 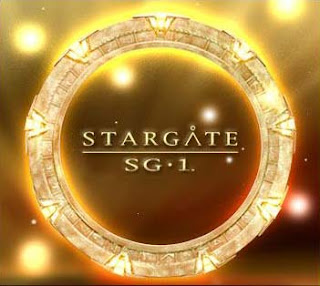 When we came inside, Kellin ate dinner and I began to install the new ceiling fan Andrea bought earlier. It took a little while, but now we have nice fan in our bedroom. The amazing thing? I didn't loose my scalp, any fingers, or electrocute myself. Thank God for simple success's.

Finally about 11:00, I sat down to watch my taped Friday shows. Both Stargate SG-1 and Atlantis were enjoyable. I'll miss SG-1 when it's gone :-(