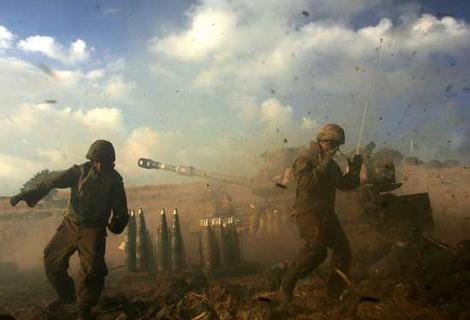 "LOOK at it burn," Hezbollah's chief declared as a missile struck an Israeli warship, hours after his stronghold in southern Beirut was bombed.


I have been watching what's going on in the Middle East with great interest over the past few days. Of course the news has been following it, but I don't know if people here really see it as significant. I mean, although I already believe we live in the "end times" (I believe we have since Jesus came), these events could signify some of the later stages of the end times. Then again, it could die down after an intense couple of days (or an intense war), and everything would seem to be back to normal.

Which brings me to my point. Where is your relationship with Jesus? Do you know Him? Do you spend time with Him? Are you living for and "in" Him? Is He living in you? How about those in your circle of influence? Those you work with? Shop with? Play with?

I don't know when "the end" is coming, but I do know that it is. And I plan on living like it is.