A Stirring Deep Within My Heart 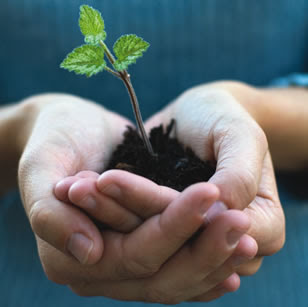 Please excuse this long post, but I want to share with you something that has been on my heart.

For the past year, I feel that God has been moving me to take a risk on a passion that He’s planted deep within me. Not knowing what this risk might entail, Andrea and I have been praying and patiently waiting for God to show us more.

Some of that “more” has involved what Bill Hybels talks about in his book Holy Discontent. Hybels says that God places within us the ability to see “broken things” in areas that we are passionate about. God is not calling us to complain or fret over these “broken things,” but to let them serve as fuel for action based on His leading.

CALLED TO BROKEN THINGS
Having not grown up in the church, I have the ability to see what we do in ministry from the un-churched person’s point of view. I see the ways that our 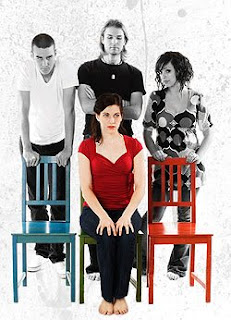 churches struggle to connect and share the life-giving message of Jesus with people who, for the most part, see church as irrelevant. I have also seen the way the church has had difficulty speaking into the lives of our young people. Essentially, our churches are effective at reaching certain groups of people, but with those I have the greatest heart for — our effectiveness is “broken.”

God has been calling me to step out and attend to this “broken” thing.

More specifically, God has given me the vision and desire to reach out to people that “traditional” churches in Helena are not effective at reaching; what I call “this generation” and “those who are far from God.” I desperately resonate and identify with those who are not familiar with or who do not connect with traditional church models — who see traditional church as lacking or irrelevant at best, and repelling at worst.

BEING COMFORTABLE IS EASIER
Through many small steps, Andrea and I have seen God directing and preparing us to follow His lead. And after much prayer and seeking His guidance, we feel strongly led to plant a new church here in Helena – for young people and for those who are far from God. We definitely know this is God's working because, frankly, a lot of things would be easier if we remained where we are comfortable.

We have been greatly blessed by serving in worship at Hannaford and feel we have a promising future there. We have made many friends and in many ways have just begun to build this ministry. Several times we have asked God why He has thrown us this “curve ball.” We’ve asked, “why prepare us in worship ministry for so many years and then ask us to change directions?”

Rick Warren says that “neither past nor future generations can serve God’s purpose in this generation.” What we’ve realized is that God has been preparing us for such a time as this. This is not so much a new direction, but a wider emphasis. Now God is asking me to encourage people to worship God not just with song, but with their whole lives. 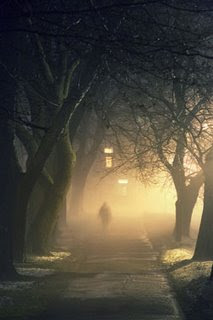 As we have explored this calling, we’ve learned that planting a church would also be easier somewhere else other than Helena. Some church planting groups would be much more likely to foot the bill for this whole venture if we planted in a larger metro area like Southern California, Reno, or maybe even Billings.

But that is not where God has shown us a great need for a new church community to connect with the younger generation and those far from God. God is not calling us to plant where it is easy, but where there is a need, and specifically where I have a heart for the lost.

I often quote Craig Groeschel in saying "In order to reach people that no one is reaching, you have to do something that no one is doing." That is exactly what Andrea and I have been given a vision to do. We feel like this is such a large endeavor, we can't possible do it. And that really is the best situation to be in — one where you know you will fail UNLESS God makes it happen.

WHAT DO WE DO NOW?
As God brought us closer to the realization of where He is leading us, we began to ask Him how. There have been a great many resources we have studied in coming to this point, but feel strongly that God’s direction right now is a direct outgrowth of Hannaford. It is God’s desire to see His people working together to enlarge His Kingdom. 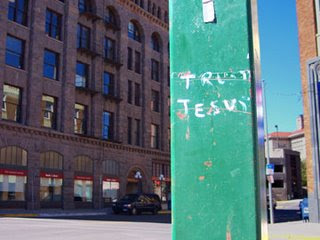 We want to hear from and speak personally with as many of you as possible. And in that, we also know that God has been preparing some of your hearts as well. So we are looking for like-minded individuals to help us plant a church for young people in Helena.

To know more about the vision that God has given us, and to know more about our journey so far, we invite you to check out and possibly subscribe to our new blog over at encounterchurchhelena.blogspot.com. If you feel led to partner with us in prayer or as someone who wants to help make this happen, please let us know immediately.

Thank you so much for allowing me to share this stirring that God has placed in my heart.
Posted by Eric at 11:24 AM